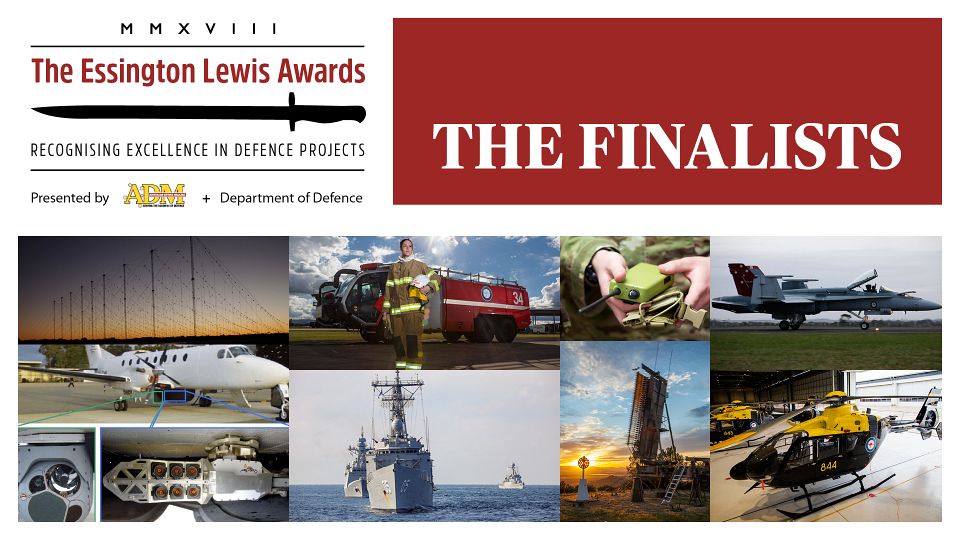 Below are the finalists for the 2018 Essington Lewis Awards, where ADM and the Department of Defence have partnered to recognise excellence in collaboration between the two parties.

Winners were announced at a Gala Awards Dinner on August 1, the evening before D+I in Canberra at the convention centre.

Entries for the 2019 Essington Lewis Awards will open later this year, with details available on this page by Q3, 2018. Keep an eye out for details in ADM's Defence Week Premium and Defence Headlines newsletters.