More than 80 local students put their robots through their paces at the inaugural ASC Robot Rumble last week, with ASC graduate engineers and experts teaming up with the school students to impart their knowledge and experience in a day of Robotics, submarines and networking.

Each robotics team recently participated in FIRST Power Up competition in Sydney, following a six-week period to design and build a robot for the national competition.

“ASC, as a leader in innovation, engineering, skilled trades, understands that great outcomes can be achieved through strong teamwork, networking and a focus on innovation, so we are thrilled to lend a hand,” ASC CEO and managing director, Stuart Whiley, said.

“This is part of ASC’s efforts to encourage young people to study STEM subjects, and ultimately pursue STEM-related careers to grow the talent pipeline needed in South Australia to resource the future submarine and future frigate projects.

“A key challenge for all of the local teams has been finding an area large enough to test and practice their robots and opening up our purpose-built shipbuilding facility offers a perfect solution.” 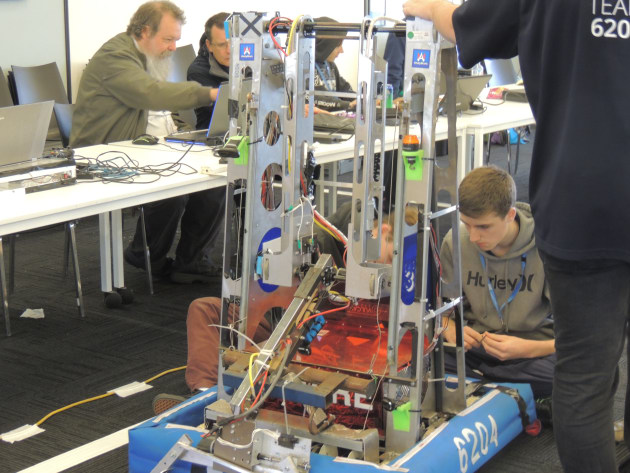 Robots guided by students had a number of tasks to complete as part of the exercise.
Credit: ASC

As part of its support, ASC has also taken part in a research project with Flinders University to assess the effectiveness of having robots working in confined spaces.