Last night the Defence and Industry Gala Awards were held in Canberra to recognise to recognise the excellent work Defence + Industry perform in the delivery of capability to the war fighter.

The Essington Lewis Awards sponsored by ADM and CASG are designed to recognise excellence in the degree to which industry and CASG have worked together in a spirit of collaboration to overcome challenges or problems – ensuring that the ADF has or will have the materiel it needs, when it needs it, and at a cost that represents value for money.

Awards were given in a number of categories and the finalists and winners have been listed as follows:

This program was Highly Commended by the judging panel in recognition of the great working relationship between the program office, prime contractor and sub contractors where appropriate. The team delivered the Land Rover replacement vehicles and trailers on time and on budget to all three services along with the necessary support measures.

This program, which began life as a Capability Technology Demonstrator, is an Australian innovation success story with work being done by a number of parties. Working closely for years, Boeing Defence Australia, Ferra Engineering, DST Group and the Commonwealth have delivered a world beating technology and an industrial solution to the RAAF that has enormous export opportunities. Despite the developmental nature of the program it was delivered on time and on budget.

The scope of this project was to integrate the Link 16 Capability onto the C-130J aircraft, as part of the wider Plan Jericho program of work. The Airbus / CASG / RAAF team was able to successfully complete the design, integration and testing of the capability onto the C-130J as per the agreed schedule. This provided the ADF with a first of type beyond line of sight Link 16 capability, enabling the re-transmittal of local Link 16 information for command and control. The program is now being rolled out across the C-130J fleet.

Part of Air Force's combat capability is the ability to sustain (feed and water) forces at deployed air bases. Under this Minor program, the program office was able to get a program of work back on track after a long delay in the initial stages of the project. Working with contractors in Australia, the USA and Denmark, the capability was declared operational earlier this year with its first showing at the Avalon Air show. The judges noted that just because elements are Military Off the Shelf (MOTS) does not mean that the entire solution is MOTS and congratulates the team on their success.

As part of the wider First Principles Review for industry and government to work together, an enterprise view has been taken for capability generation. The Air Combat & Electronic Attack Enterprise is still in its early stages but the judges recognise that laying a solid foundational framework for future relationships is important and can achieve the benefits to be derived from improved integration and alignment of the Enterprise partners for the Growler capability and associated elements. This program is a great start towards removing silos in the Defence organisation and industry.

This project builds on the work begun in 2014 under the Enterprise model by FFGSPO and their industry partners of BAE Systems and Thales Australia. The FFG platform is the oldest major surface combatant in the RAN fleet, yet the ships are considered to be in outstanding materiel condition. They are the most affordable surface combatant per Material Ready Day (MRD). They are reliable, capable, available, lethal and highly valued by the Navy. This program is an excellent demonstration of what an enterprise approach can achieve for all participants. 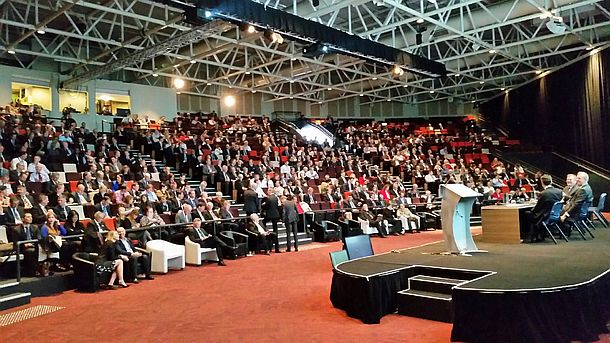 Remediation of on shore power and high voltage issues for LHD Platforms: LHDSPO and KBR

Many elements of the RAN’s two new LHDs are a paradigm shift for the ADF, from both an operators and sustainment effort view. One such example is the power profile of the LHDs. These ships are the only RAN platforms that operate a maritime high voltage (6,600v) system. This program was key in the rapid remediation efforts so that the ships could operate with on shore power during sustainment activities.

This program is an excellent demonstration of what an agile and innovative SME can do when given an opportunity. TAE began with light repairs on the Abrams tank in 2013 and has moved on to heavy maintenance of the engine this year, all in country, thanks to a relationship with the US OEM. The TAE team can now deliver engine maintenance at a fraction of the time of the US Foreign Military sales (three weeks compared with six to nine months via FMS) at between 20-30 per cent less cost. This is an outstanding achievement for all participants.

Though not a traditional support service, the mentoring of young female program managers and engineers through The Future Through Collaboration (TFTC) deserves to be recognised for its efforts in promoting diversity in the Defence community. The 12-month mentoring program is growing significantly year on year in terms of the number of mentors and mentees. It provides an excellent opportunity for all participants to promote leadership and networking within these critical disciplines. 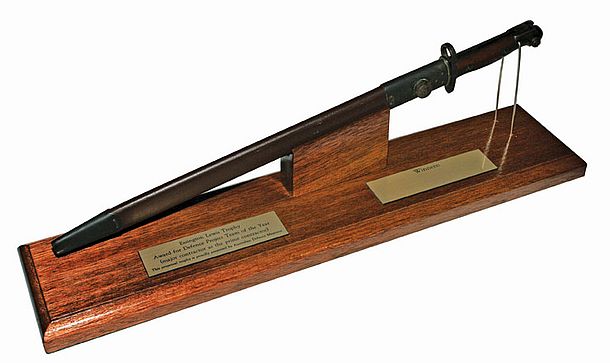 CASG/Major Company Team of the Year for 2017

Check out the image gallery here.