The 2016 Defence White Paper stated the Government will enhance command and control, and other spectrum management systems, to support a joint approach to electronic defence and attack.

“The Government will increase investment in capabilities to better connect the communications, sensor and targeting systems of various ADF platforms.”

The document pointed to a “serious degradation” in Defence ICT capability over the last decade and blamed underinvestment and a lack of a coherent enterprise-level strategy for Defence’s complex and rapidly evolving information and communications requirements. Key capabilities needed urgent remediation, “in particular to address the shortcomings of out-dated, and in some cases obsolete, systems that inhibit the conduct of day-to-day business within Defence, with overseas allies and partners, and with industry and the community more broadly”.

Recognising that Defence will need to be more agile to meet ICT requirements in the decade ahead, especially as technology cycles continued to shorten, the Government has committed to the modernisation of ICT architecture supporting war-fighting and secure Defence communications in what it referred to as a “challenging digital transformation effort”.

If the ADF is to realise of a kill web of its own it will have integrate a large number of disparate platforms such as the Joint Strike Fighter, AWD and E7-A

According to the White Paper's sister document, the Defence Integrated Investment Program, over the next decade Defence will invest around nine per cent of the Integrated Investment Program to enhance Australia’s intelligence, surveillance, reconnaissance, electronic warfare, space and cyber capabilities. Evolving threats and changes in technology require further investment to develop and maintain a capability edge, including through strengthening decision-making superiority. Between $750 million and $1 billion will be spent on improvements to the Tactical Data Link Information Exchange (TIE) capability from 2017 through to the 2030s.

These improvements will include upgrading key information management and operational communications and command and control systems, with priority given to strengthening the resilience and redundancy of satellite-based communications.

Fundamental to success in all operations is the provision of tailored and near real-time situational awareness to commanders. In the operational sphere this is provided by generating a trusted Common Operating Picture (COP). Defence will continue with functionality enhancements to relevant systems in order to integrate the COP at all levels and provide enhanced Situational Awareness across the joint force.

Underpinning the COP, is the Multi Tactical Data Link Network (MTN), which utilises advanced TDL’s such as Link-11 and Link-16 to disseminate tactical information in Near and Non Real Time to the Warfighter. These advanced TDL’s are currently being implemented in over thirty ADF platforms and projects including the JP2089 Tactical Information Exchange Domain (TIED) Program of Projects which forms off the new Joint TIE capability.

Originally approved in 2003, the JP2089 TIED Program of Projects was originally scoped to ensure Joint and Combined Interoperability, deliver the infrastructure to support the ADF TIED, and invest in legacy systems to enable them to operate to the required standards.

JP2089 initially conducted a series of studies to define the Tactical Information Exchange networks required to support the ADF in the 2015 timeframe, and to define the support requirements of such networks. The outcomes from these studies provided a basis for future direction and acquisitions of Tactical Information Exchange systems and supporting infrastructure for later phases and for other Defence Capability Plan projects. 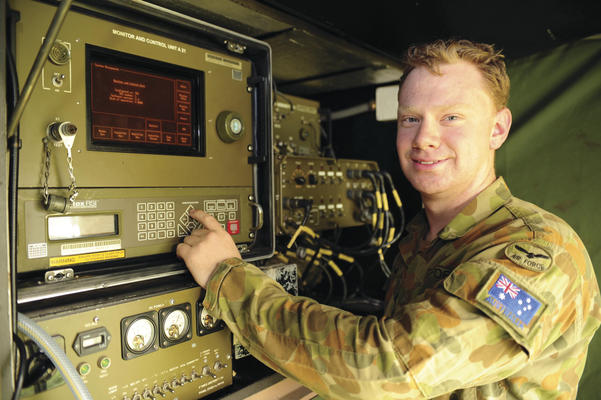 Future phases of the JP2089 program are now being scoped to further enhance the CSI and improve the ADF’s Beyond Line of Sight (BLOS) TDL capability. It is expected that the Link-22 will likely replace Link-11 as the ADF premiere BLOS TDL Capability. De-risking effort by the Australian Defence Force Tactical Data Link Authority (ADFTA) for these future JP2089 phases, through laboratory trials and support of Operational Test and Evaluation activities, has been progressing well.

Recently, JP9347 has been included within the Joint TIE capability (JP2089) program; the scope of this project is yet to be defined. This project will likely have to accommodate capability enhancements to legacy platforms, acquire new advanced TDL’s and implementing gateways to maintain interoperability between disparate networks.

The observation reflects comments in May by Rear Admiral Michael Manazir, the US Navy's deputy chief of naval operations (warfare systems), who participated in a US roundtable (he also presented an August seminar at the Sir Richard Williams Foundation in Canberra) where he said the effort to tie weapons and sensors together in a cross domain “Kill Web” was now more important than ever.

“We have to do a systems of systems approach. We've built an integrated warfare capability into NAVAIRSYSCOM (US Naval Air Systems Command) where integration and interoperability is the coin of the realm,” RADM Manizar said.

RADM Manazir said weapon systems like Aegis, SM-6 and others “that didn't talk to each other very well”, despite a number of baselines, had required alignment for cooperative engagement modes such as Naval Integrated Fire Control – Counter Air (NIFC-CA).

“It is an engineering challenge to take a Boeing product in the front of an F/A-18 and align it with a Northrop Grumman product in the back of an E-2 Hawkeye so that you get a weapons quality track shared across a network.”

Referring to the limitations of the current standard Tactical Data System (TDS) Link-16, RADM Manazir called for the development of a “higher technology waveform” which could more easily accommodate the integration of future waveforms.

“We have to be able to do that to track the technology advancements being made by [industry],” he said. RADM Manazir offered the example whereby Kill Chains could be transformed into a Kill Web by interlinking the chains (Air-to air, Surface-to surface, Sub-surface-to surface etc) with cross connecting chains connecting the various sensors, weapons and shooters.

“If we can connect those nodes together now we have a resilient Kill Web that can be used to target different entities, share data across advanced networks, and be able to make our information problem better for us and worse for the bad guy,” RADM Manizar explained.

He added it was also important to continue to allow an independent kill chain (for example a fighter engaging a target within visual range) while also allowing others to take advantage of that targeting data.

“How do we turn a kill chain into a kill web? That's what I'm after, and as we look forward to buying our platforms we have to look at how to buy them differently so that we can get these sorts of capabilities.”

If the ADF is to realise of a kill web of its own it will have to integrate a large number of disparate platforms such as the Joint Strike Fighter, AWD and E7-A. The Joint TIE Capability program and organisations such as Joint Capability Coordination Division within the Office of Vice Chief of Defence Force, Maritime Command and Control SPO, and the ADFTA within Capability Acquisition and Sustainment Group (CASG) will be pivotal in this effort.

Fundamental to this intent is the ongoing education of the TDL community and ADFTA, in conjunction with the Aus/NZ chapter of the International Data Link Society (IDLSoc), is hosting the Australian TDL Interoperability Summit prior to MilCIS 2016 on Monday the 7th of November 2016 at the National Convention Centre Canberra (NCCC). The focus of the TDL interoperability Summit will be on bringing Defence and Industry together to develop an understanding of the issues and activities currently affecting the TDL community.

Note: Mike Kenderes is the current director of the ADFTA and the Chair of the Aus/NZ chapter of IDLSoc.

This article first appeared in the November 2016 edition of ADM.