Once again, judges in ADM’s Women in Defence Awards were spoilt for choice when it came to narrowing down the field in each of the nine categories. With a new category this year on R&D/Academia in the mix, almost 200 women from around the nation threw their hats in the ring.

“Every year we have the toughest and best job of deciding between amazing, awesome and inspiring women from so many different parts of the Defence community,” ADM Managing Editor Katherine Ziesing said. “Finding daylight between these entries is the best problem to have.”

Winners in each category along with the Hall of Fame inductee for lifetime achievement will be announced on Friday July 30 at a gala dinner at the National Arboretum in Canberra. Tickets are available here.

And the finalists are: 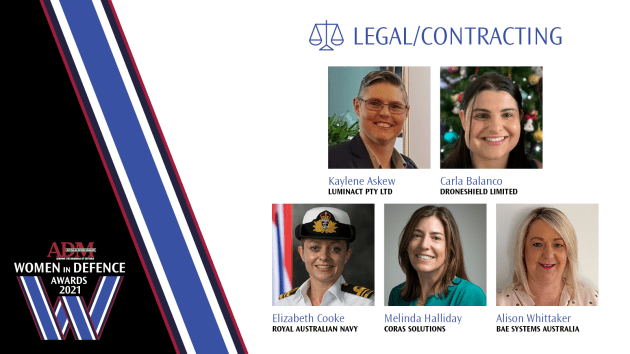 Thank you to our sponsors SYPAQ, Penten, Airbus, Boeing, Ventia, BGIS, and Precision Public Affairs for helping us to make this program happen.