Naval Group (formerly DCNS Group) has appointed a new executive director to work with the Commonwealth on the Future Submarine Sea 1000 program following the recent shock departure of the woman credited for securing the $50 billion deal, Marie-Pierre de Bailliencourt.

Jean-Michel Billig, who is also a member of the Naval Group Executive Committee, will take on the role, having joined the company in May 2017 as special advisor to Hervé Guillou, President and CEO.

According to the French newspaper Le Monde, the main reason for de Bailliencourt's departure was a disagreement with Guillou. The newspaper said the rift had come at the worst possible time, as the intergovernmental conventions binding France and Australia during the 50 years spanning construction and sustainment of submarines are being put in place.

“This involves both relations between the two countries and also with industrialists to manage over time the contract of 50 billion Australian dollars, or 35 billion euros, of which 8 billion will return to companies in France.”

Naval Group appointed de Bailliencourt two and a half years ago, effectively as Guillou's number two and to manage the Sea 1000 campaign. The former aide to UN Secretary General Boutros Boutros Ghali specialised in international sales and played a key role in Naval Group winning the tender for the program in April 2016. 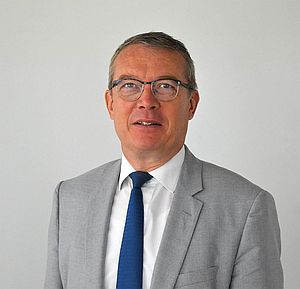 Billig is the former CEO of Zodiac Seats and member of the Executive Committee of Zodiac Aerospace. Prior to that, between 2012 and 2015 he joined Renault Group as executive vice president Engineering and Quality. Most of his career was with EADS Group, now known as Airbus. From 2009 to 2012, he was responsible for the technical management of Eurocopter, which later became Airbus Helicopters.