The combined joint military exercise runs until 21 October 2016 and involves the military forces from Australia, Malaysia, NZ, Singapore and the UK operating together under the Five Power Defence Arrangements (FPDA).

“It provides an opportunity for the Australian Defence Force to conduct training within a multi-threat operational environment. By planning, coordinating and conducting complex joint procedures, ADF personnel are able to maintain their operational and tactical level capabilities.” 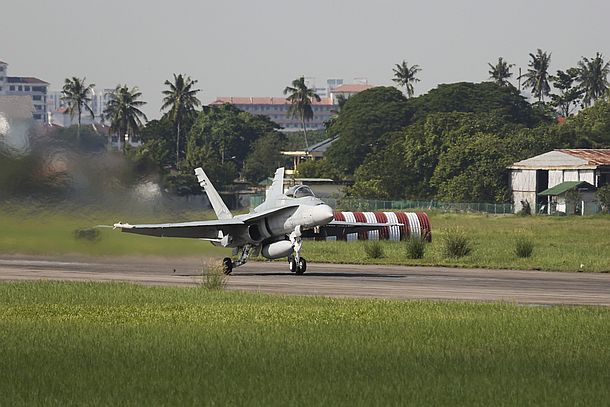 A Royal Australian Air Force F/A-18 Hornet, from No.77 Squadron, takes off at Royal Malaysian Air Force Base Butterworth in the lead up to Exercise Bersama Lima 16. Credit: Defence

“Bersama Lima is an opportunity to practise cooperation, dialogue and interoperability with the participating nations, as a contribution to the stability of the region.”