Lockheed Martin today (27 November) opened a new high-tech laboratory to support the design, delivery and sustainment of Australia’s future Submarine Force, bringing world-class defence innovation to South Australia.
Leveraging significant international expertise, the submarine combat system laboratory will create a collaborative environment where the best minds from industry, academia and government come together openly to create a world-best design that meets Australia’s unique national security and defence challenges.
In recognition of the laboratory’s contribution to future defence projects and the local South Australian economy, today’s opening was attended by the Federal Minister for Industry, Innovation and Science Christopher Pyne and the SA Defence Industries Minister Martin Hamilton-Smith.
The laboratory will grow further to provide state-of-the-art equipment in a simulated operational environment, together with known and proven technologies, to realistically test and validate the Royal Australian Navy’s concept of operations for the next generation of Australian submarines. 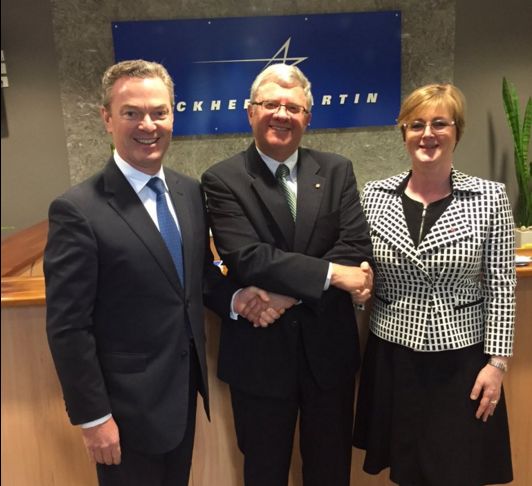 The laboratory will generate many benefits for the SA economy and community by early provision of important technical transfers, and upskilling required in the initial stages of customer and partner collaborations.  The longer term plan will achieve considerable skills transfer on cutting edge engineering and technology to the SA sector for further leverage.
“The combat system is essentially the eyes, ears and sword of the submarine and the tactical effectiveness of Australia’s future submarine capability will depend on a fully integrated suite of the best technologies from Australia and around the world,” Raydon Gates CEO Lockheed Martin ANZ said.
“Lockheed Martin’s ability to seamlessly integrate the best sensors, sonar, radar, navigation, imagery systems and weapons will give Australia’s future submarine the strategic advantage it needs to protect our nation. It is critical we get this right for Australia, which is why we have already invested more than $3 million in establishing the laboratory and engaging with the best minds across industry, academia and government.”
Lockheed Martin is collaborating with key partners Saab Australia and Thales ANZ on this initiative in SA who collectively have a very strong record and have well-respected maritime domain knowledge and expertise. Lab-based workshops are planned to commence in January 2016.  Further, other collaboration partners such as Acacia Research and L3 Oceania are early Lab participants.
The laboratory capitalises on Lockheed Martin’s heritage of more than 40 years of demonstrated submarine combat systems integration methodology on submarines for seven nations. Lockheed Martin is a full life cycle combat system integrator with expertise in all phases of design, test, integration, certification, delivery and sustainment.
comments powered by Disqus

CLICK HERE TO VIEW THE DIGITAL VERSION OF THE 56th EDITION >>