The Government has announced a $300 million investment under Project Land 2110 Phase 1B (ADF Chemical, Biological, Radiological, Nuclear Defence [CBRND] capability) will be delivered to the ADF.

The release from both Minister for Defence Marise Payne and Minister for Defence Industry Christopher Pyne declined to mention the recipient of the contract award but ADM understands the team primed by Leidos (formerly Lockheed Martin IS&GS) is the successful bidder, with final contract negotiations still underway.

“Land 2110 Phase 1B will deliver cutting edge technology to protect our soldiers on the battlefield as they encounter new and evolving threats,” Minister Pyne said.

“We will maximize Australian industry involvement to create local jobs through this important investment.

“The project will also invest significant funds in the sustainment of the capability over a 15 year period and create opportunities for Australian industry around the country.”

The team led by GHD was the only other bidder in the final phase of selection after Saab Australia was knocked out in May 2016. 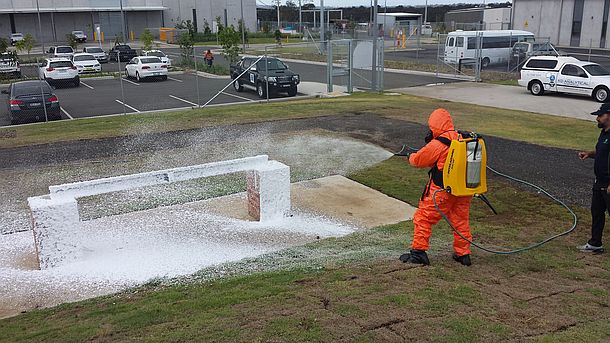 The program office was understood to be favouring a thin prime approach given the disparate technologies being acquired.

The program covers everything from detectors through to suits and requires a level of integration between the numerous elements being procured.