While the vessel has been acquired under HATS, it will be spending approximately 300 days a year at sea in various training roles for the ADF. These include the obvious HATS roles but also those related to general sea keeping, replenishment at sea, clearance diving, mine counter measures and much more. 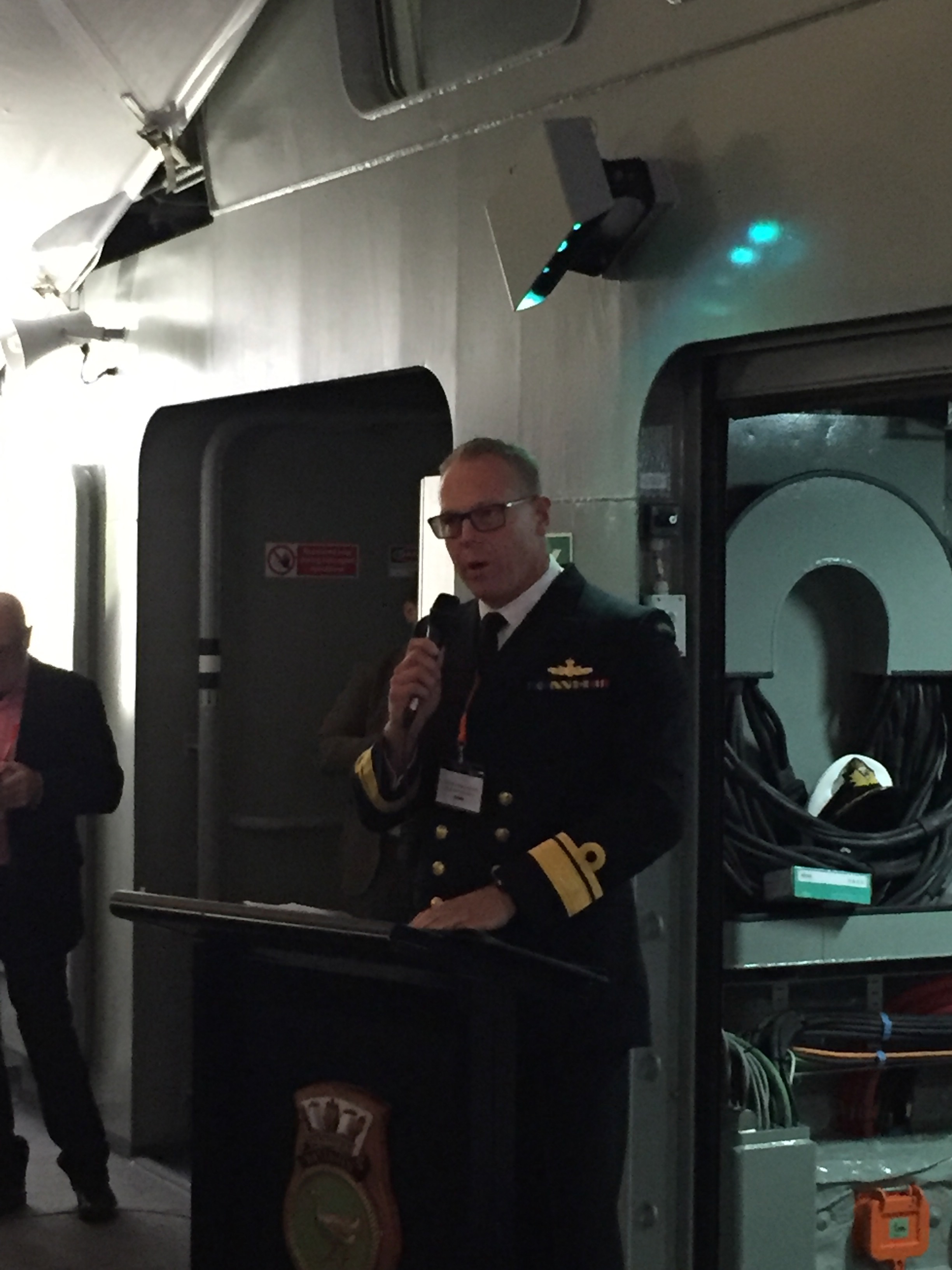 That being said, a walk through the ship demonstrates how this has played out in practice. On the upper forward deck, a porthole sits beside a vertical replenishment (vert rep) X-shaped marking. The porthole is because commercial rules dictate that that every cabin must have a porthole, while the clearances around a vert rep meant that it was the most logical spot to drop pallets; i.e. beside the hatch that leads below decks.

The ship is also fully equipped for night vision operations with appropriate lighting while also boasting over two-dozen CCTV cameras so the master on deck has complete situational awareness. Almost any screen on board can also access these feeds.

The NAB owns the ship with a 15-year lease to Serco with Teekay looking after the sustainment of the vessel. A mainly civilian crew of roughly 22 will man her with other personnel on board as missions require, and she will be home ported at HMAS Waterhen.