US Navy Vice Admiral Mat Winter has assumed the role of Program Executive Officer (PEO) for the F-35 program, taking over from long standing incumbent and frequent visitor to Australia, LTGEN Christopher Bogdan 25 May.

A veteran of leading complex defence acquisition programs, VADM Winter thanked LTGEN Bogdan for his leadership and vision transitioning the F-35 program from its initial development to the present phase of aircraft production ramp up, and also his work building a global sustainment network to support the growing F-35 fleet.

“Since he took helm of the F-35 program in 2012, General Bogdan’s acquisition leadership has been bold, effective and decisive,” said VADM Winter. “His approach matured our relationships throughout the F-35 enterprise and set us on a course for success.”

LTGEN Bogdan’s departure as PEO also coincides with his retirement after more than 34 years of Air Force service. With the change in PEO from Air Force to Navy, the program’s service acquisition executive switches from Navy to Air Force. 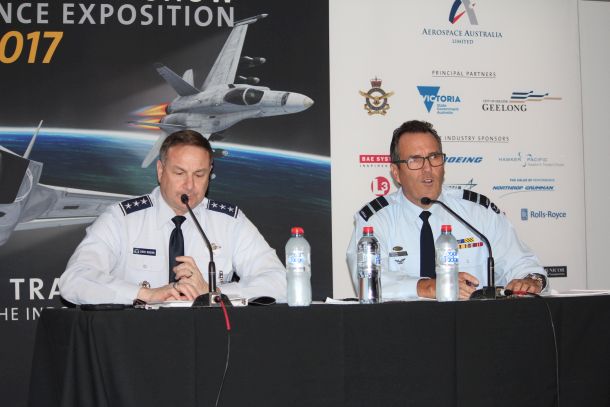 “It’s been an honor to serve alongside so many great leaders and support our nation and allies,” LTGEN Bogdan said. “The F-35 weapon system is now operational and forward deployed. The size of the fleet continues to grow and we are rapidly expanding its capability. The F-35 will form the backbone of United States air combat superiority for decades to come and I know the program is in good hands as we transition leadership today to Vice Admiral Winter.”

As deputy PEO for the past six months, VADM Winter became familiar with the current state of the program, its complexity, and its people.

“The F-35 program is more than a program; it is truly a global enterprise built upon a broad spectrum of stakeholders joined together by a common goal – to support the warfighter,” he said. “Our warfighters, stakeholders and JPO teammates have my commitment to provide timely continuous communications, make prudent transparent decisions, and deliver on our commitments through crisp, accountable execution. These core tenets of my commander’s intent will focus our thinking as we transition to the follow on development phase, ramp up to full rate production and expand global sustainment operations for the growing F-35 fleets and forces.”