Opening the Pacific 2017 International Maritme Exposition today, the Prime Minister Malcolm Turnbull announced the combat management system for the nine Future Frigates to be built under Project Sea 5000 will be provided by the Aegis Combat Management System, together with an Australian tactical interface, which will be developed by SAAB Australia.

Highlighting the currenty situation regarding North Korea, the PM said the decision will maximise the Future Frigate’s air warfare capabilities, “enabling [the] ships to engage threat missiles at long range, which is vital given rogue states are developing missiles with advanced range and speed”. 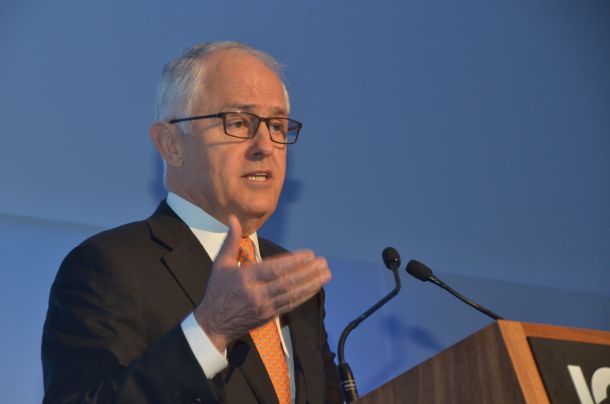 The PM made the announcement during his opening address at the Pacific 2017 International Maritime Exposition in Sydney. Credit: ADM David Jones

The PM said past practice of individual combat management system tenders had resulted in Navy operating numerous systems concurrently, which had precluded defence industry from investing for the long-term and had resulted in an increased cost of training, maintenance and repair.

The Government has now mandated that where the high-end warfighting capabilities of the Aegis system are not required, a Saab Australia developed combat management system will be used on all of Australia’s future ship projects.

“Further, it guarantees the development of a long-term sustainable Australian Combat Management System industry, which is integral to the implementation of the Government’s Naval Shipbuilding Plan.”

The country’s largest combat systems integrator, Raytheon Australia, today welcomed the Government’s announcement that a selection of a Combat Management System for the Future Frigate has been made.

He added the announcement sent an important message that vital decisions for the future frigate project are now being made.

“While selecting Aegis demonstrates the importance of US interoperability and commonality with the AWD, the decision to utilise Saab’s 9LV to provide the national interface means that the Government is also focused on Australian industry.

“The frigate’s combat system is what will give the vessel its lethal capability and the system’s design and integration is an incredibly complex task. By making these selections the Government is also making clear the importance it places on a separate, capable and experienced combat system integrator who can integrate these individual elements. Along with the selection of the designer, the choice of the combat system integrator is the next important decision to be made.”

Ahead of a possible announcement on the Combat System Integrator for the Sea 5000 project at Pacific 2017, Ward said a selection of Raytheon would build on the national investment already made on the AWD program where the company successfully delivered the combat system.

“Moreover, this would ensure combat system integration in Australia, by Australians who already possess the necessary skills and experience.”