Confirming that submarines are a strategic defence requirement for Australia, the Future Submarine is being designed with range/endurance, sensors, and stealth with operation out to 2070s and beyond, RADM Sammut told media.

“This is not an adaption of an existing submarine,” RADM Sammut said.

The team completed the pre-design phase last month, setting out the details for the size of the boats along with other ‘big parameters’ and allowing the program to progress to the next phase under Design and Mobilisation where feasibility of specific technologies can now be considered.

“To date, we have demonstrated that we are reaching our milestones,” RADM Sammut said. “But this is a 50 year journey that will involve generations of Australians.”

Both Billig and Di Pietro see workforce as the biggest challenge ahead for the program as milestones become more complex, requiring a range of skills. From the outside looking in, both companies are expanding their workforces in their respective home markets as well as Australia.

Asked what the program will look like in the coming two years, it remains clear there is much to be done in terms of scoping work and physical infrastructure.

“By that point, we would have struck a balanced design and will have begun detailed design and understanding cost estimates better,” Billig said. “We will also have a clearer understanding of what this design would mean for production.”

When asked about how the sensor suite decisions for the program are made, RADM Sammut was quick to point out that these are Commonwealth led decisions with the support of both Naval Group and Lockheed Martin. As the combat systems integrator, Lockheed Martin Australia plans on testing systems as much as possible on land and on the rafts (production modules for the submarine) beforehand.

“We’re still very much in mobilisation phase and growing our workforce (about 120 in two years time),” Di Pietro said of the two-year timeframe. “We will have started approaching partner companies, begun lab for testing and integration online. We know what our sensible steps forward look like.” 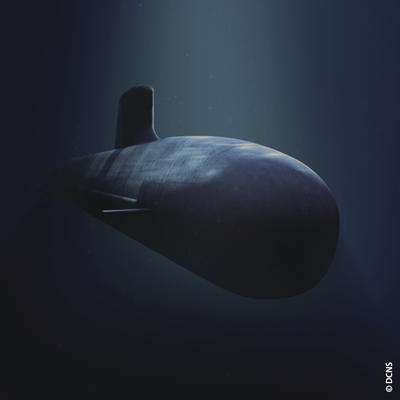 Preliminary planning by Lockheed Martin indicates the need for a workforce of about 200 people to be an effective CSI on the program.

RADM Sammut also reaffirmed the need for the Collins class to remain a viable and potent capability until the Future Submarine is delivered. Defence is still determining which Collins boats will be extended with planning underway to figure out options for government to consider. Further details of continuing Collins upgrades can be found here but RADM Sammut said based on US submarine sustainment management it is possible to keep sustainment costs ‘relatively flat’ rather than climbing the bathtub curve.

ADM Comment: There are a few comments from the panel session and subsequent industry engagement forum sessions worth exploring more. The first is from RADM Sammut concerning the Future Submarine not being an adaption of an existing design. Wasn’t that the point of an Australianised MOTS design? That there would be a reference boat (France’s Barracuda program) that Australia could work from to minimise risk on multiple fronts? ADM understands this program is having its own issues, mainly thanks to the nuclear propulsion compartment that is subject to strict controls by forces outside the control of Naval Group. However, given that Australia will have no nuclear element in its boats, the local program will no doubt face other hurdles.

The second concerns the comment that milestones are being met. Milestones at this point in the program revolve largely around the generation of masses of paperwork. It’s hard to gain an insight into how this is truly performing given the nature of the program as detailed questions on design parameters and systems are met with a very firm “no comment” under the aegis of classified information.

The third is industry engagement. On this front, it is hard to fault the journey so far. Each of the program partners has been on the front foot when it comes to production and sustainment engagement with Australian companies. Pacific 2017 saw the seventh industry engagement roadshow held, with seats in the session full. But Naval Group, Lockheed Martin and Defence can only answer the questions where they have made decisions, which given the timeline, number very few. The most common answer so far is “standby”.

Along with industry, ADM is standing by.