Chief of Navy Vice Admiral Tim Barrett says the aspect of navies as a national enterprise drawing heavily upon civil infrastructure and society is often neglected in discussions about defence in general and navies in particular.

“My intent with the 2017 Sea Power Conference is to consider these issues in greater detail to inform future thinking and planning as various policies come to fruition,” he said.

The 10th Royal Australian Navy Sea Power Conference will be a key tenet of next week’s Pacific 2017 Congress and Exposition and as Sea Power Centre director Captain Michael McArthur told ADM, the conference will foster discussion around these issues by focusing on three themes centred upon shipbuilding, capability and warfighting.

“Of course we’ll be significantly focused on the industrial aspects of delivering the naval shipbuilding plan in its entirety, but more broadly it’s about articulating that in terms of its importance as a national endeavour,” he said.

To that end, following the preliminary opening addresses by the service chiefs, both MP David Feeney and Senator Linda Reynolds will speak in the first session on Tuesday afternoon dealing with Australia’s National Maritime Identity.

Minister for Defence Industry Christopher Pyne will open proceedings on the second day, perhaps with an announcement on the pending Sea 5000 CSI tender.

That will be followed with a session on Shipbuilding: Continuous Naval Shipbuilding Strategy. Head Navy Capability Rear Admiral John Mead will address Navy’s contribution to the national shipbuilding enterprise of continuous shipbuilding and examine the means to ensure its success.

Thales Australia CEO Chris Jenkins will give the industry perspective, highlighting the responsibilities of industry to provide high performance and reliability in delivering the Naval Shipbuilding Plan.

Key senior RAND analyst John Schank will examine lessons in building a workforce with reference to shipbuilding programs where the workforce had to be expanded significantly to meet demands.

In the fourth session New York Professor Norm Friedman, probably one of the world’s most well-known naval and strategic analysts, will present on Global Trends in Platforms and Fleet Architectures.

“He’s going to talk about the technology trends, the unpredictability of our whole global system and our future naval requirements, and how everything from current anti-ship missiles to data links, space and cyber will have an impact on topside design,” CAPT McArthur said. 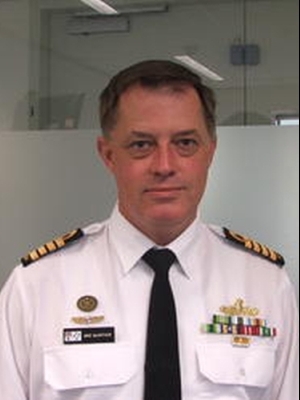 That session will include a presentation from Head Joint Capability Management and Integration within VCDF Group Rear Admiral Peter Quinn, who will also chair the panel discussion and Q&A.

The final session for the day will focus on warfighting trends.

“So we’ve gone from shipbuilding, the architectures, to the future capability delivery and then to how we will actually fight wars in the future,” CAPT McArthur added.

Senior naval commanders from Australia, India, Germany, the UK and US will present their perspectives on competitive advantages and transformational concepts. US Navy Vice Admiral Tom Rowden, a vocal participant in discussions on distributed lethality, will expand on this particular concept.

The event will be a full house and CAPT McArthur confirmed that a full complement of 1800 registrations had been taken.

“We’ve got in excess of 45 nations represented including Iran, Russia and China and even Myanmar and over 420 VIPs; we’ll also have ten full admirals in attendance,” CAPT McArthur said.

CAPT McArthur hopes to see delegates coming away from the event with a broader understanding of the concepts behind Navy’s massive recapitalisation as part of the Naval Shipbuilding Plan.

“Especially in terms of how they will integrate with the national consciousness – that’s the Chief of Navy’s key takeaway,” he said.

The conference program has been designed to permit delegates to visit the many industry displays in the exposition and to have useful professional discussions with exhibitors and fellow delegates.

“This will serve to highlight the depth of this national enterprise,” CAPT McArthur concluded. “The Royal Australian Navy of today and the future will be on show as a significant middle player that, as demonstrated recently, will more regularly sail not in small unit formations but in large, extremely capable task groups centred on a LHD.”