As ADM reported earlier this month, Triton has reached a significant milestone with the government investing $1.4 billion to acquire the first of six MQ-4C Triton remotely piloted aircraft through a cooperative program with the United States Navy.

The Triton will complement the surveillance role of the P-8A Poseidon aircraft through sustained operations at long ranges as well as being able to undertake a range of intelligence, surveillance and reconnaissance tasks.

“Together these aircraft will significantly enhance our anti-submarine warfare and maritime strike capability, as well as our search and rescue capability,” according to a statement from Defence Industry Minister Christopher Pyne.

As part of this investment Australia will also enter into a $200 million cooperative program with the United States Navy for the development, production and sustainment of the MQ-4C Triton. 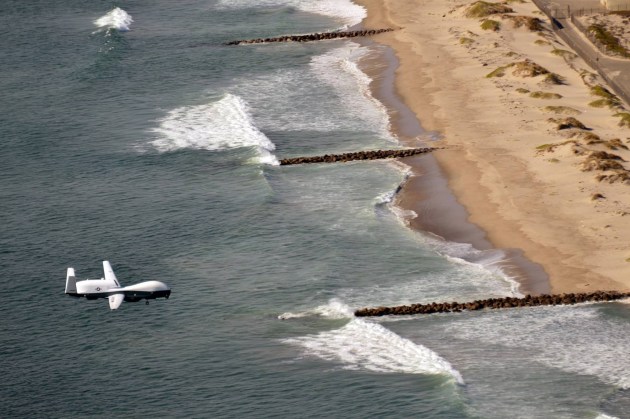 As part of the initial $1.4 billion investment in the Triton system, the Government will invest $364 million on new facilities at RAAF Base Edinburgh and RAAF Base Tindal, as well the necessary ground control systems, support and training required to implement a project of this nature.

As Chief of Air Force Air Marshal Leo Davies explained earlier this year Triton will be based at Edinburgh but will operate from all over the country given its long-range capability.

Australia has already taken delivery of seven Poseidon aircraft and achieved Initial Operational Capability in early 2018. The full fleet of 12 Poseidon aircraft is expected to be delivered and in operation by 2022.

The first of the Triton aircraft is expected to be introduced into service in mid-2023 with all six aircraft planned to be delivered and in operation by late 2025, based at RAAF Base, Edinburgh in South Australia.

ADM understands that an option for a seventh platform has not been taken off the table at this time.

The manned/unmanned mix of P-8As and Triton replaces the Orion fleet, which have performed exceptionally on operations throughout its distinguished service. The last of these aircraft will be over 40 years old when they are withdrawn from service in 2023.

ADM Comment: Australia has played the hokey pokey when it comes to our involvement in the BAMS/Triton program: we were in, we were out and there was much dancing around how we wanted to be involved in the program. ADM has watched the program evolve over many years and is glad to see the culmination of many years of work from all parties involved.

We shall wait and see how the industrial plan to support this capability comes together given the FMS nature of the buy and increased role of local Australian industry in Defence programs.

In the meantime, congratulations to all those involved in driving the program (in RAAF, government and industry led by Northrop Grumman), from the very first visit of Global Hawk in 2001 to seeing a full scale mock up at the Avalon air show last year the journey has been long but ultimately successful in getting to this point. 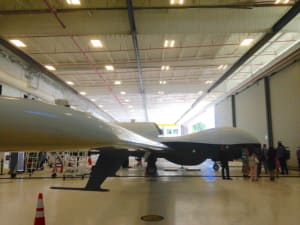